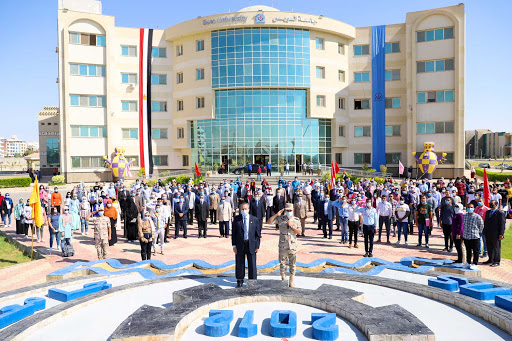 The influence of the Chinese education system is widely acknowledged among international student because of which China has become an increasingly important study destination. The Chinese government has established a goal of attracting 500,000 international students by 2020 and is focused on the expansion of international links between Chinese universities and institutions abroad. The cost of medical education in China is quite low. Regarded as a representative of an ancient culture and a vibrant new economy, China has something to offer for everyone.

China has presently become the central attraction of medical aspirants worldwide, as the country has students studying from all over the world, with different ethnic and racial backgrounds. The cultural diversity while studying MBBS provide the students with an opportunity to learn about different countries along with their respective cultural and religious beliefs. The medical universities in China not only focus on providing education to the students but also help in bringing the world closer to each other through constant interaction among various groups of students.

There are a large number of medical students that come from all over the world to study in China; therefore, most of the universities have introduced the English language as the main medium of instruction. The international students get to study in a healthy and interactive environment of international standard at a relatively low cost. Also, the medical faculty of universities in China are mostly impressive, promising high standard and reliable education system. The lab facilities of medical universities are of superior quality and all the pieces of equipment and machinery are modern and up to global standards.

The accommodation facilities for international students are remarkable in medical universities of China. The cost of living is much lower in China than in the other countries of the world. Also, international students don’t have to worry about food as the universities have their own mess which provides a variety of cuisines to choose from. This gives the student, a feeling of not being far away from home.

As the number of international students is increasing in medical universities in China, the standard of living is becoming more exclusive. Along with interaction among students from all over the world, they get to explore the Chinese traditions and culture. To help international students to learn the magnificent and attractive Chinese culture and custom, most Chinese universities organize all kinds of special activities. The cultural events at the universities represent several countries on the campus and each student gets to leave a unique impression during their campus life.

The climate of China varies from location to location. Hence, each city has its own beauty in each season. Students get to enjoy the weather, during their study life on campus or through travelling around the city during vacation.

China is a peaceful place with social harmony and good public security. The government takes special care to provide international students with a safe study and living environment on campus.

contacts
Open chat
Can we talk on WhatsApp?